The WarpStock convention — the annual gathering of users, developers, and enthusiasts of IBM OS/2 — was held in Wichita, KS on October 23 - 25, 2015. For an operating system whose principal development stopped in 1996, it may be surprising that the OS/2 community is vibrant enough to warrant a convention — and likely even more surprising that it has two, as WarpStock Europe will be held in Cologne, Germany in May 2016.

INTRODUCTION TO THE TOOLKIT The IBM OS/2 Developer's Toolkit Version 4.5 provides development support for new features in the 'OS/2 Warp Server for e-business' operating system and eComStation. Consider these support and configuration issues for IBM OS/2 Warp 4.5.2: Additional disks should be less than or equal to 528MB. Os 2 Warp Download Iso; Os 2 Download; The WarpStock convention — the annual gathering of users, developers, and enthusiasts of IBM OS/2 — was held in Wichita, KS on October 23 - 25, 2015. Set Type to IBM OS/2; Set Version to OS/2 Warp 4 (or 4.5 if you downloaded the 4.5 version) and click “Next” Set your RAM size – 1024 should be fine and click “Next” Set the drive option to “Create a virtual hard drive now” the click “Create” Make.

This year's event, however, may well be the most consequential in several years, as it marks the return of OS/2.

Blue Lion — The return of OS/2

Arca Noae, an organization run by veterans of the OS/2 ecosystem, obtained a license from IBM to sell a new distribution of that OS, which at present is codenamed Blue Lion.

This new distribution will bundle Arca Noae's updated software package, which includes support for modern ACPI versions, USB 1.1 and 2.0, AHCI support needed for Serial ATA disks, the Panorama display driver, the Multimac driver suite for network cards (wireless support is forthcoming), and Uniaud, an ALSA-compatible sound driver. All of these are available now for existing OS/2 deployments, from Arca Noae, with discounts available for users who upgrade to Blue Lion.

Features new to the Blue Lion distribution include a completely reworked installation process, which will allow for installation from USB drives. The developers are also researching network installation. Like modern installers for Windows or Linux distributions, it would include the ability to connect to the internet during installation to download the latest packages, ensuring that the system is completely up to date, out of the box. Work on correcting SMP support, among other features, is also planned.

When it comes to release dates, Lewis Rosenthal, the Managing Member of Arca Noae (and treasurer of WarpStock), was emphatic — though realistic — about the difficulty and workload involved in assembling a new OS distribution. Much of the work for modern device drivers is already done and presently available for purchase. A new installer and fixes for low-level issues that persist in OS/2 Warp 4.52 and e-Business Server will be merged into one product as Blue Lion.

According to Rosenthal, Q3 2016 is as fast as humanly possible to reach general availability, while not being half baked. He is also quick to note that this is not vaporware — a sizable upfront investment has been made in this product, the programmers are experienced, and the demand is substantial enough that IBM signed the contracts.

Alex Taylor, a Yokohama-based developer for Arca Noae who gave a presentation via Skype at WarpStock, stated in an email that: 'We've found that not only are there a surprising number of such customers, but they also want us to make it as smooth and painless as possible for them to keep using, maintaining, and even deploying OS/2 systems. We already provide basic hardware support through our driver offerings; if we can provide them with top to bottom support starting right from operating system installation, it should make things simpler and more cost-effective for all parties. What's more, developing Blue Lion better positions us to address any special requirements of hardware, software, or infrastructure for our customers.'

A brief history of OS/2

For the uninitiated, the Wikipedia article on OS/2 may be of service, though in short: OS/2 started in 1985 as a joint project of IBM and Microsoft. This partnership was later severed, leaving IBM to develop OS/2, and Microsoft effectively forking the codebase, adding the Windows API, and releasing it as Windows NT in 1993. IBM continued with the project, where it achieved success in enterprises already deploying IBM hardware — the phrase 'nobody ever got fired for buying IBM' comes to mind — where active development continued until 1996, with the release of Warp 4.

Because of IBM's relationship with enterprise customers, OS/2 support and fixes continued long thereafter — IBM still supports the OS, though the company encourages migrating away. As a result of IBM's near-ubiquitous success with enterprise in the early 1990s, OS/2 remains a firmly ingrained part of the IT ecosystem for a variety of large corporations, such as Johnson & Johnson, PepsiCo, and Whirlpool, as well as inside government organizations, like the Kansas Turnpike Authority — members of which were in attendance at WarpStock.

In a February 2013 TechRepublic article, Matt Nawrocki previewed eComStation 2.2, which was anticipated to be the newest release of the continuation of OS/2 started in 2000 sold by Serenity Systems and developed by Mensys BV, who took over distribution in 2008. Due to management issues at Mensys, eComStation 2.2 never reached general availability, and the rights to eComStation were sold to XEU, which has been unable to ship a final version of eComStation 2.2.

It is possible that XEU could ship a final release of eComStation 2.2 before Arca Noae is ready for release — if so, 2016 could see the existence of two separate OS/2 distributions 20 years after IBM announced the end of the platform.

Does your organization still use and maintain OS/2 systems? Do you (or did you) use OS/2 as an alternative to Windows? Does this article about OS/2 bring back fond memories of IBM-produced ThinkPads? Share your thoughts in the comments. 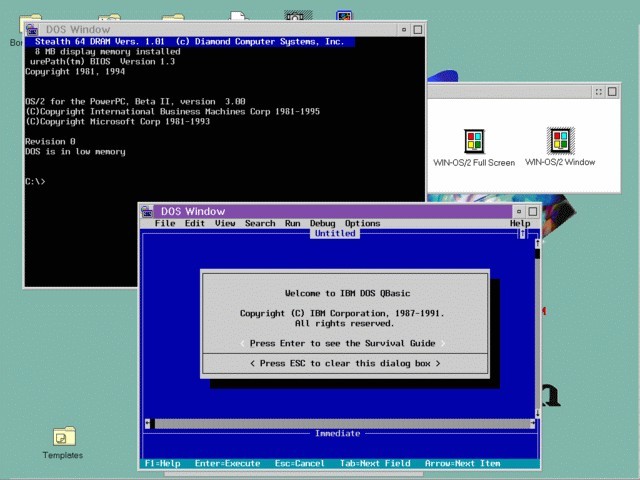 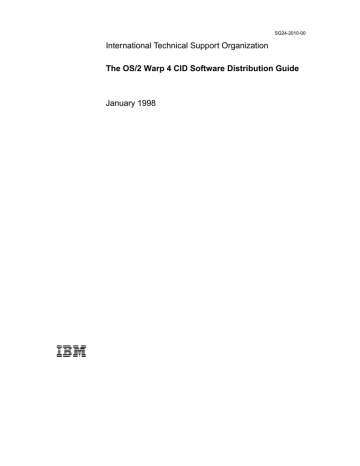