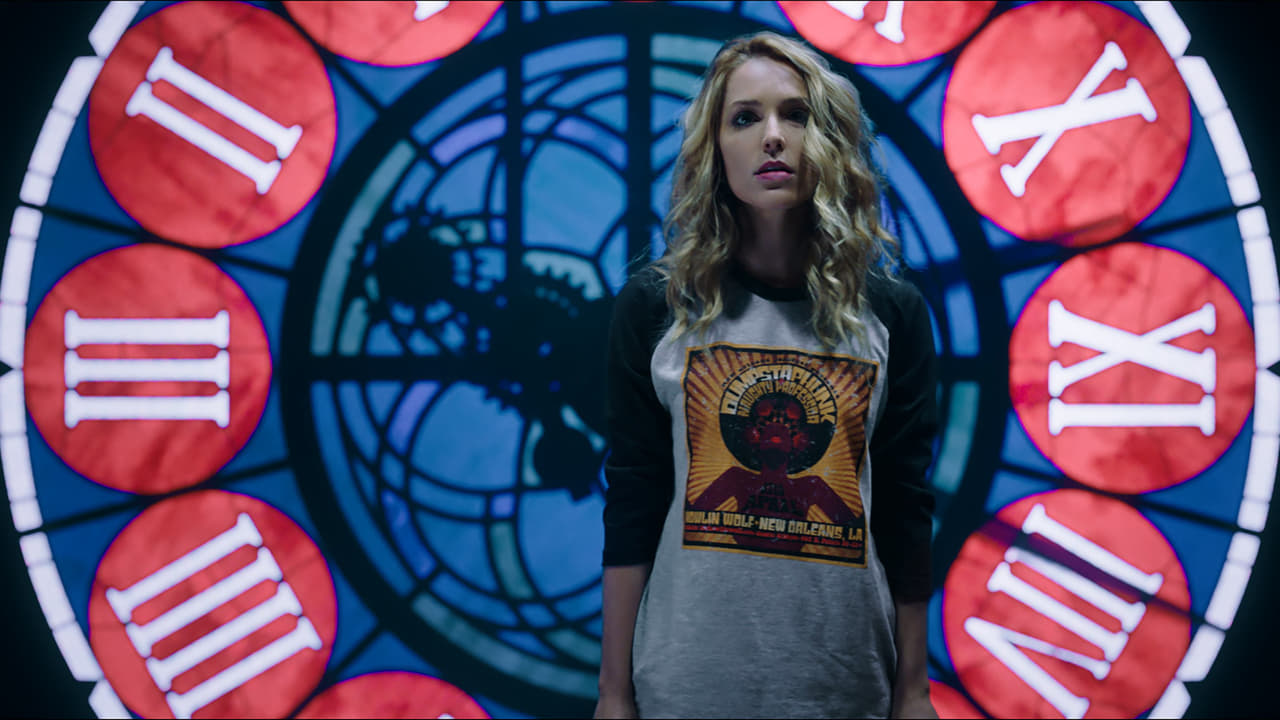 Thanks to more 'horrory' horror movies like Split and Get Out and It, quirky horror-adjacent movies like Happy Death Day and The Lure didn't get as much shine in 2017. If you haven't seen The Lure, go see it. It's a critically acclaimed comic horror-musical from Polish director Agnieszka Smoczynska. But we're here to talk about Happy Death Day.
It's a slasher flick, only it's very tongue-in-cheek and self-aware and very funny. It's a take on the time loop conceit. It's as if Groundhog Day and D.O.A. got drunk, messed around, and had a baby.
Really big ups to lead actress, Jessica Rothe, who takes an insufferable character and renders her sympathetic and rootable. She plays Tree Gelbman, one of those mean popular girls we seem to always run into in those high school or college flicks. At Bayfield U, she's so horrible to everyone. She just threw shade at a guy she recently dated: 'I mean, who takes their first date to Subway? It's not like you had a footlong.' So mean! But I laughed very hard. Just last night, Tree got boozed up, cavorted on a table, instigated two fights, and barfed mightily.
Next day. September 18, a Monday, would turn out to be the longest day in Tree's life. Day starts with her waking up in a stranger's dorm room. Day ends with her getting brutally murdered! And it happens on her birthday.
But then Tree wakes up the next day, only to find she's reliving the same day. And she keeps waking up to this same day. And no matter how much she changes the beats and patterns of that day, it still ends with her getting murdered. Over and over again. Sometimes, there's nothing more scary than a baby in a hoodie.
I suspected I was in for a good time from when they messed around with the Universal Pictures logo at the opening. No, Happy Death Day isn't your baseline horror flick. It's smart and inventive. It packs in sly humor but never allows it to get in the way of telling a decent thriller. For the gorehounds, this may disappoint as it's PG-13 and while there are scary jolts and some very nasty kills, it's not that gory and grotesque. Most times, the camera cuts away before we see the actual kill. However, the chase sequences are blocked to make them as pulse-pounding as possible. Going into the movie, I had a notion that maybe I'd get tired of the MC getting killed over and over and over. But there's enough variety in how she repeatedly gets her ticket punched that it never got old.
The terrific Rothe is supported by a solid young cast. I'd never heard of any of them, but none of them bring the movie down. I liked Rothe's chemistry with Israel Broussard who plays Carter. Carter seems like such a good dude he right away became my number one suspect. But Broussard and Rothe are sweet together.
This paragraph is probably spoilery so feel free to skip ahead. I really liked the twist of Rothe's previous 'rewind' days exacting a cumulative physical toll on her body. All the damage she'd accrued makes her progressively weaker each time she revives. There IS a point of no return. No choice for Tree but to turn detective and unmask her killer.
There was an idea... to bring together a group of remarkable time loop films... If Kevin Feige were to quit Marvel, maybe he can launch a new shared universe. Imagine if Happy Death Day were part of a shared universe that comprised the likes of Edge of Tomorrow, Source Code, Run Lola Run, Salvage, 12:01, the 'Monday' episode from X-Files, and, yes, Groundhog Day. I don't know how that'll work because it's for damn sure a wiggy concept, but I call it the Déjà Vu universe.
One more possibly spoilery thing. I did figure out whodunit. The clue that gave it away is in the car chase sequence.